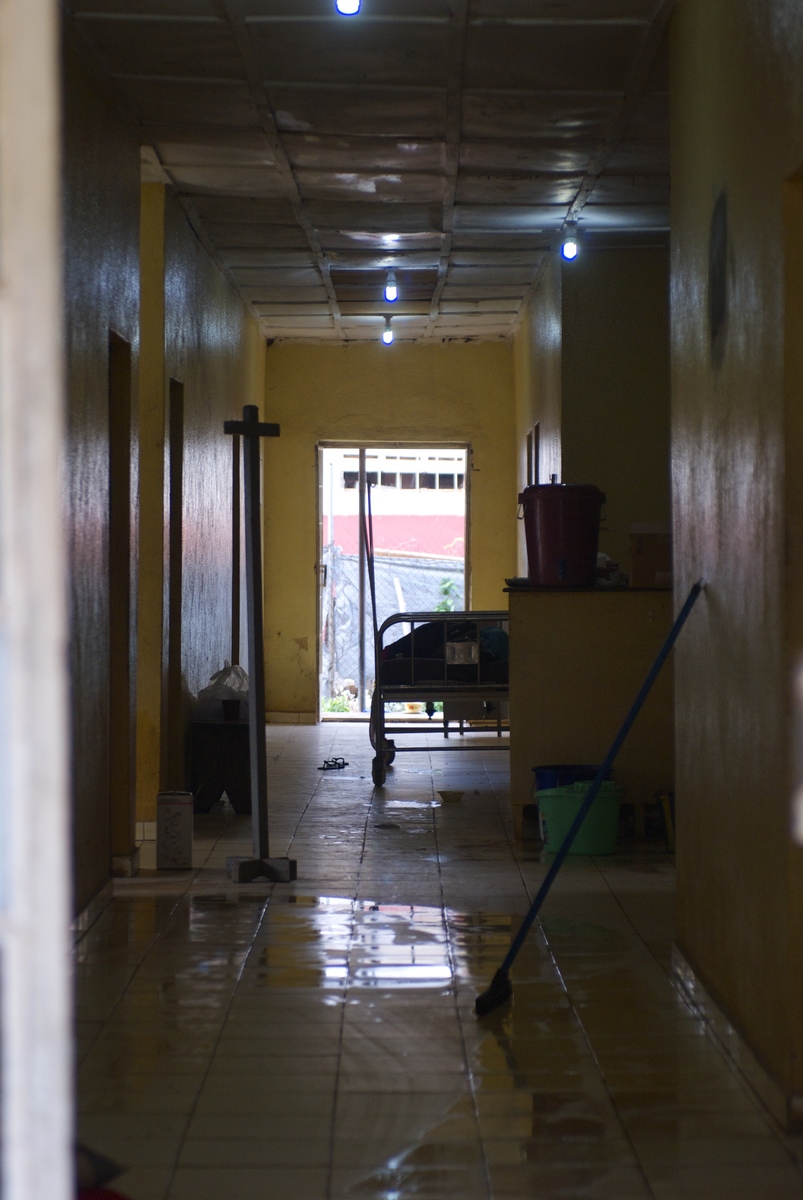 Kenema Government Hospital (KGH) is a 350-bed regional hospital serving 670,000 people in eastern Sierra Leone. After the number of confirmed Ebola cases in the region began to accelerate in spring 2014, Dr. Sheik Humarr Khan, the director of its Lassa fever ward, made plans to convert it for Ebola patients. (Lassa fever is an acute viral illness that occurs in West Africa.)

In May 2014, the first Ebola cases arrived, and were admitted to KGH. A woman turned up with a fever, and was bleeding heavily after a miscarriage. She and two others had become infected at the funeral of a traditional healer who had been treating Ebola victims in neighboring Guinea. On May 25, the Lassa fever lab at KGH confirmed that these people had brought the Ebola virus into Sierra Leone.

As the number of Ebola patients increased, KGH established three make-shift ETU wards for confirmed and suspected Ebola cases, eventually totaling 100 beds. Starting in June, patients began flooding in from all over eastern Sierra Leone—quickly filling the ETUs beyond their capacities.

Dr. Khan and his team of nurses worked tirelessly with limited supplies and treatment options. Once it was determined that they were dealing with Ebola, rather than Lassa fever, Dr. Khan introduced the use of enhanced Personal Protective Equipment (PPE) and rigorous decontamination procedures. However, the demands on the staff were overwhelming, and some healthcare workers became infected. 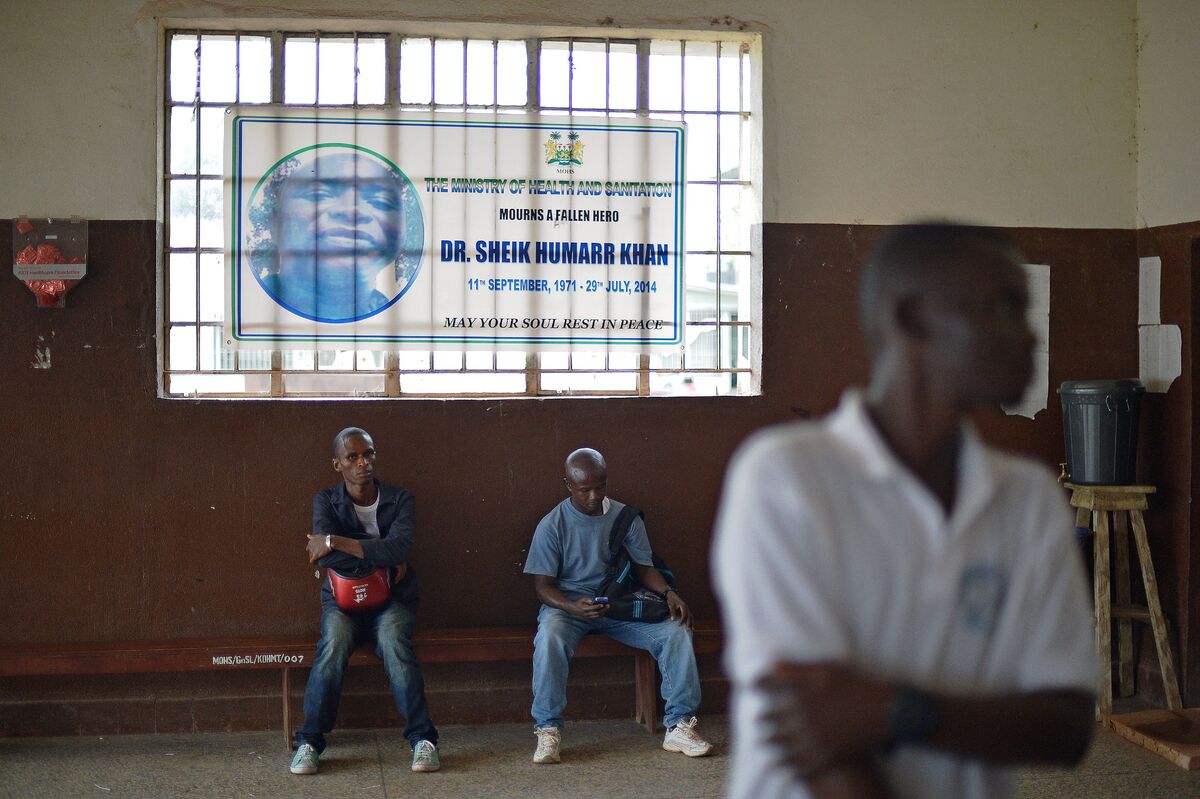 On July 29, 2014, Dr. Khan succumbed to the disease, and Mbalu Fonnie, the beloved head nurse, also died. In August 2014, Kenema Government Hospital was closed. Dr. Khan was credited with saving more than 100 lives before dying from the Ebola infection. The KGH ETUs operated until mid-September, when the International Federation of the Red Cross opened an ETU with revamped systems that helped to control the epidemic.

From May 2014 through January 2015, 600 Ebola cases originated in Kenema, making it one of the most impacted areas. KGH reopened in October 2014 for non-Ebola cases. 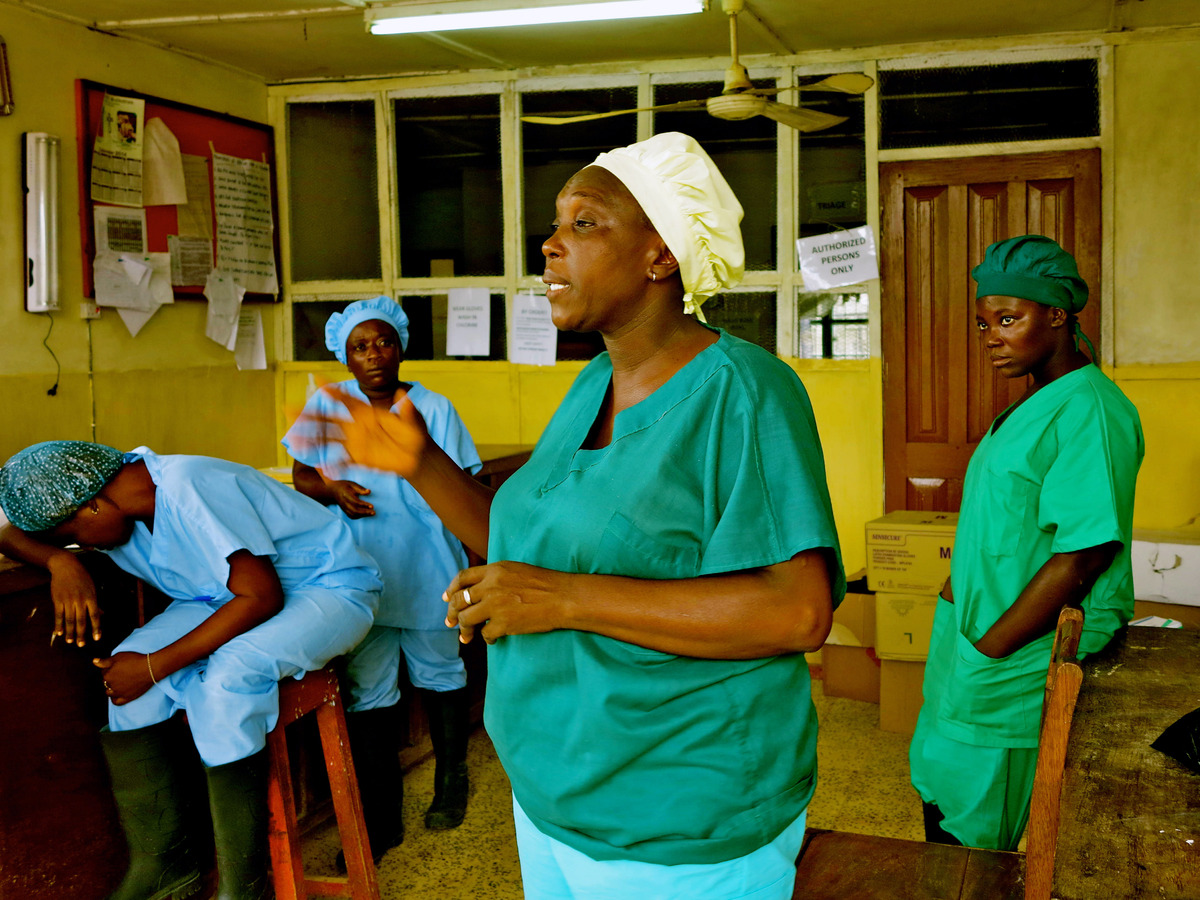 Sixty-six KGH healthcare workers contracted Ebola, and many died. They were overworked and underpaid. The ETU experienced dangerously low caretaker-to-patient ratios, depletion of PPE, and inconsistent supplies of water and electricity. Strikes over delayed hazard pay occurred several times over the summer, and some workers left their jobs in fear. Even with these conditions, many healthcare workers cared tirelessly for their colleagues and their patients.

This photo shows a group of nurses who worked in the Ebola virus disease (EVD) treatment center at Kenema Government Hospital. Staff at the center were devastated by the loss of six nurses and one doctor who contracted Ebola while caring for patients. The few nurses who remain were exhausted, overworked and demoralized. “We are known as the ‘Ebola nurses,’” says Ms. Yoko. “No one wants to come close to us. The nurses in the general ward won’t talk to us. Even our families are scared they will catch the virus from us.” 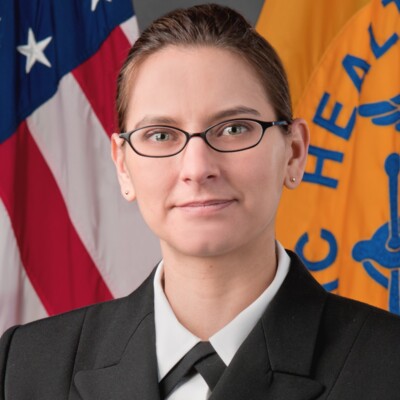 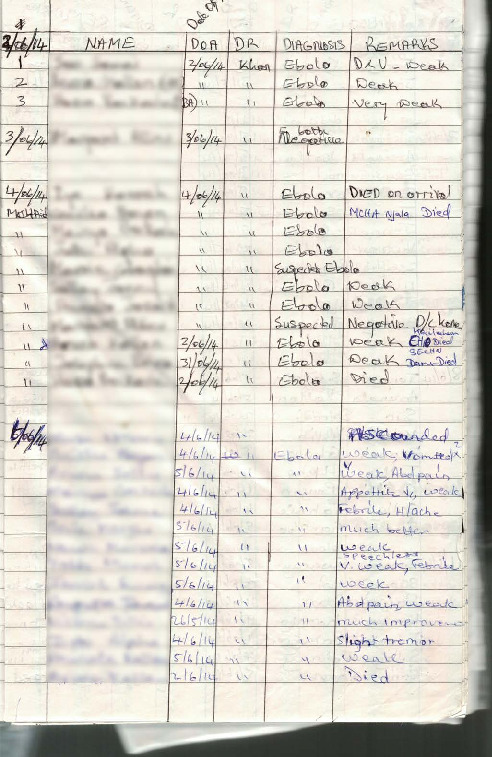 In late July, CDC sent epidemiologists who focused on data management to Kenema. They worked to standardize data collection in order to generate accurate reports of new cases and deaths for the entire country.

One task was to scan each page of the handwritten hospital admissions log to better track the number of cases, and to trace contacts in order to stop the chains of transmission. Seeing Dr. Khan’s name as the admitting doctor by the names of the EVD patients is a sobering reminder of the fury of the disease, and the doctor’s fate.

In addition, CDC opened a diagnostic lab in August 2014 alongside the KGH Ebola treatment units that operated until the ETUs were closed in September. Lab functions were then transferred to a new location in Bo, Sierra Leone.

← Fear, Rumors and Distrust
3. Global Response →
2. Ebola and the Start of the Outbreak
Tragedy in Kenema, Sierra Leone