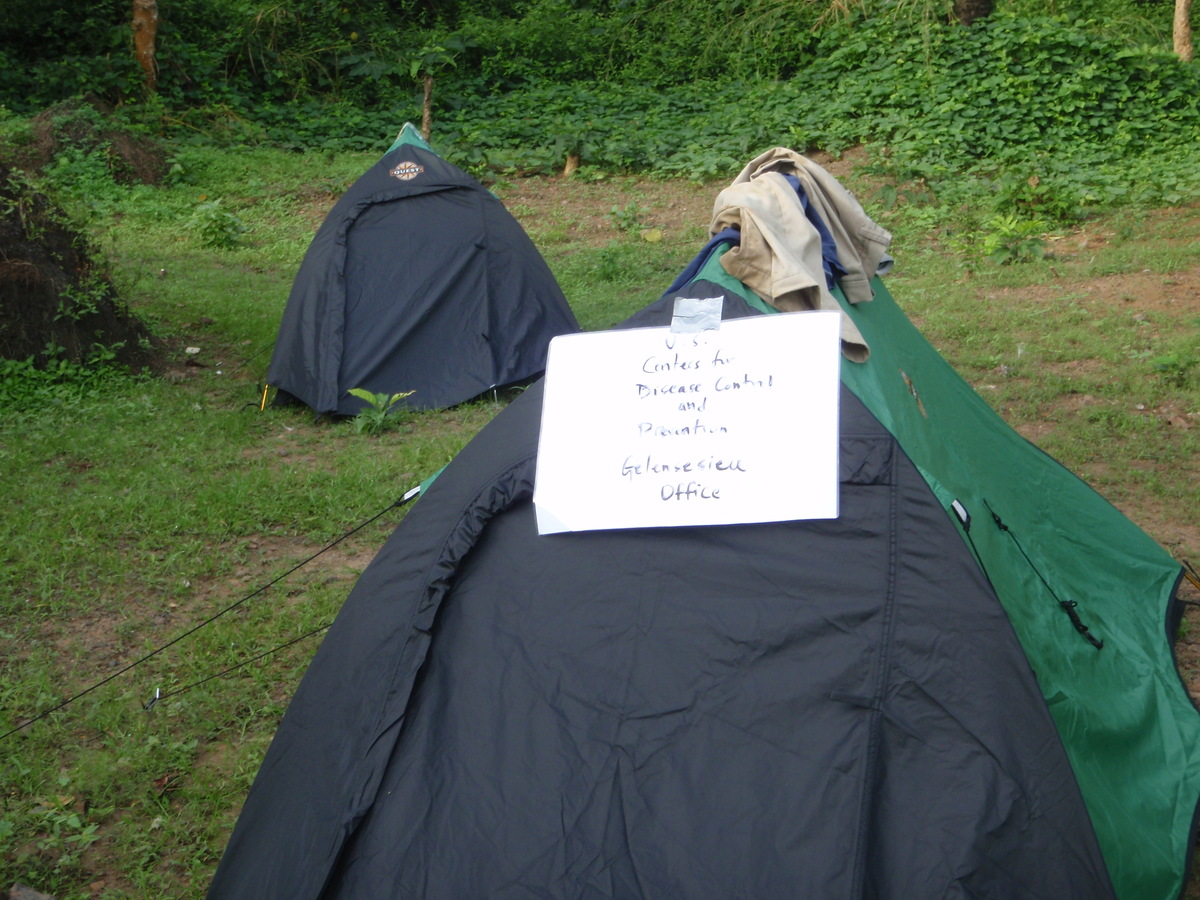 Because sick people were highly infectious, it was important to isolate them as soon as possible to stop transmission. Beginning in August 2014, the Liberian government, supported by CDC, WHO and others, began systematically investigating and responding to Ebola outbreaks in remote areas. Many of these areas lacked mobile telephone service, easy access to roads, and basic infrastructure, so flexible and targeted interventions were often required. Development of a national RITE strategy began in early October, and was then applied in Guinea and Sierra Leone.

The strategy focused on maintaining investigation and response-ready teams, poised to deploy to remote areas as soon as a report of suspected Ebola was received. The teams had the basic expertise and supplies to rapidly isolate and treat patients, either by establishing facilities in the community or safely transporting patients to existing Ebola Treatment Units (ETUs). They collected patient blood samples for lab confirmation; investigated the source of the outbreak; initiated contact tracing; observed contacts for 21 days; and trained community teams in safe burial practices. Evidence exists that the RITE strategy was an important factor in controlling the epidemic.

CDC team members camped in rural communities for several days during their outbreak investigation. They traveled by air, jeep, canoe or walked many miles to find every case of Ebola. 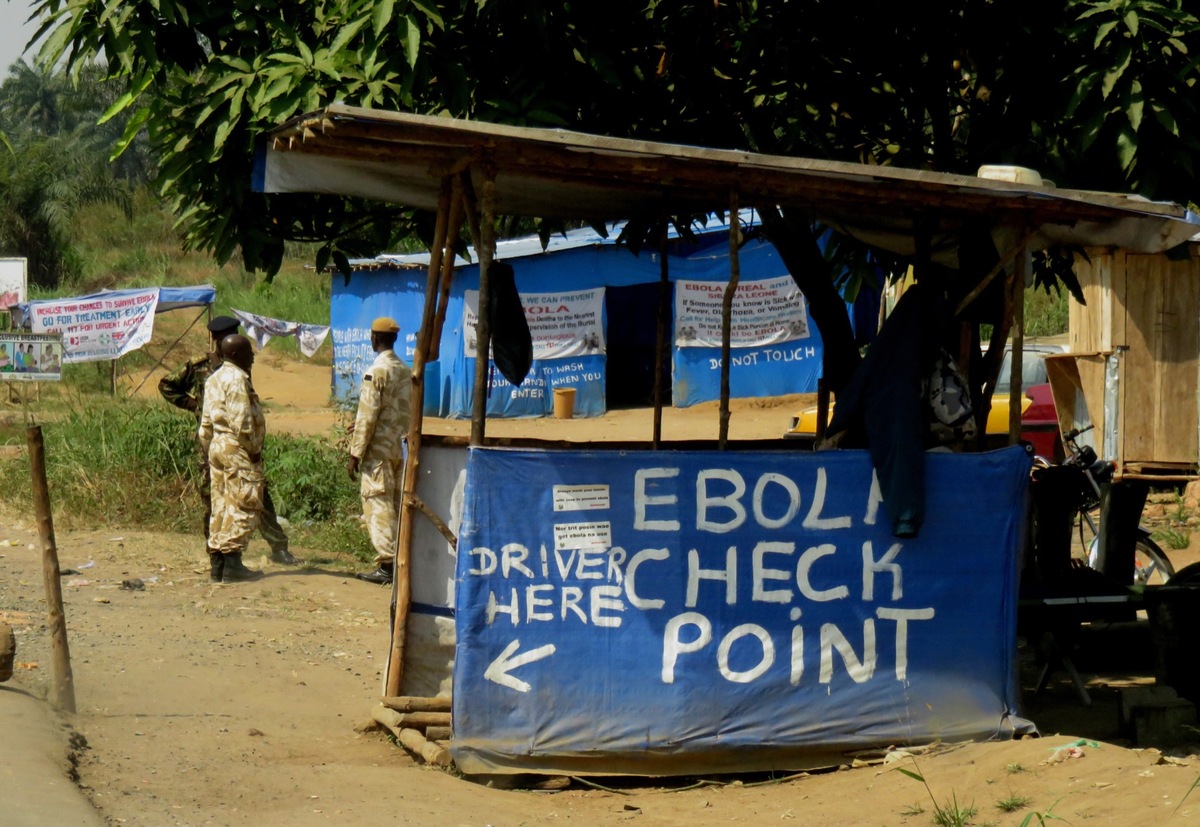 A checkpoint between Freetown and Lungi-Freetown International Airport in Sierra Leone, January, 2015

Because fever is one indicator of Ebola infection, taking people's temperatures before they entered buildings or traveled along checkpoints became routine throughout the three countries. At the checkpoint between Freetown and Lungi-Freetown International Airport in Sierre Leone, people got out of their vehicles, washed their hands, and had their temperatures taken. Those who had temperatures were sent to designated tents for further evaluation.

Non-contact thermometers provided a way to take people's temperatures without touching them. Throughout the epidemic, touching was discouraged as a strategy to control the spread of Ebola. 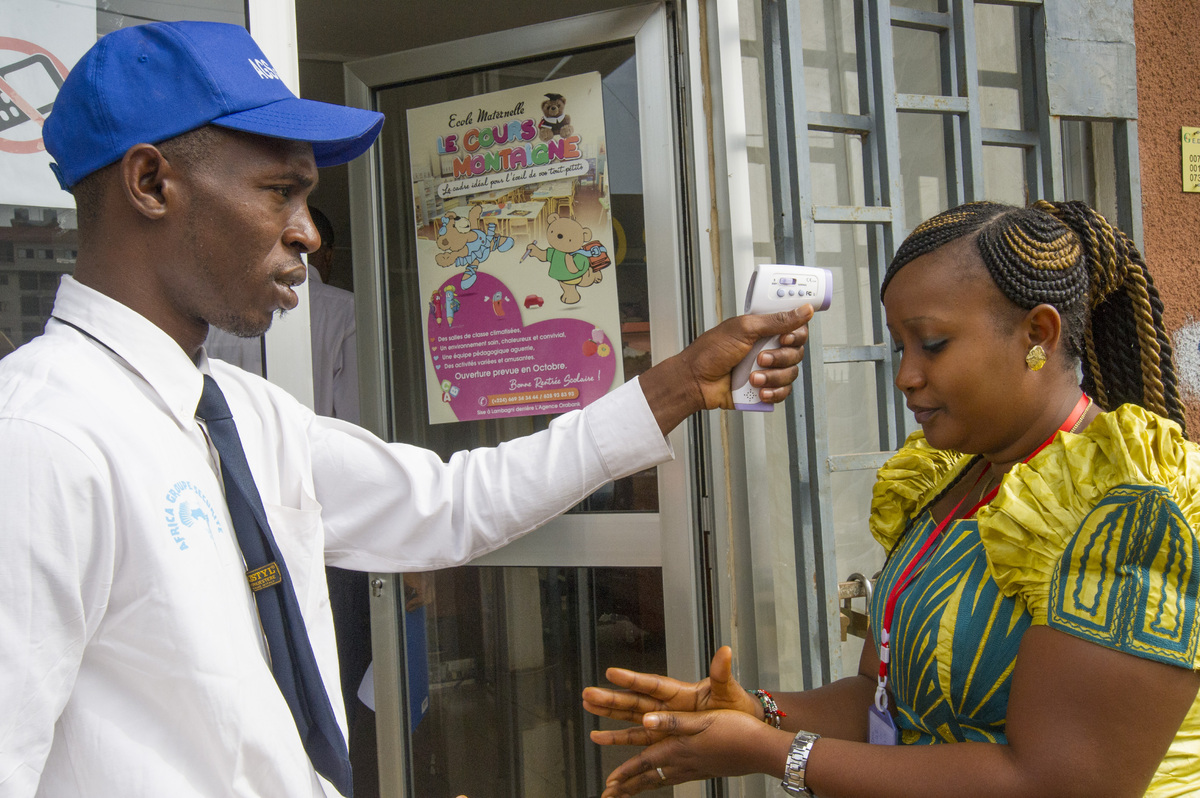 Here a woman working in the call center in Conakry, Guinea, has her temperature taken with a non-contact thermometer before her shift. Photograph by David Snyder, courtesy of the CDC Foundation.

ThermoFlash non-contact thermometer used in Liberia during the Ebola epidemic, 2015 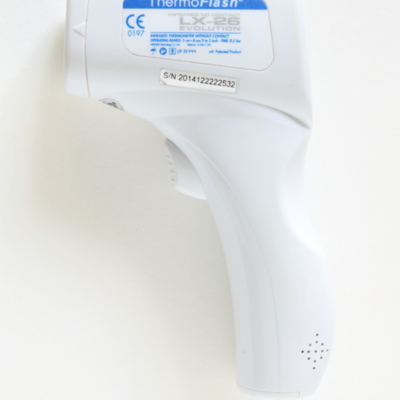 ← Magazine Wharf Cluster Tracking
Community Engagement →
4. The Role of Public Health in the Epidemic
Epidemiology and Surveillance
Monitoring for Illness