Tracing contacts and monitoring their health ensures that sick people can be identified immediately. They then can be isolated and treated, so that each chain of transmission can be stopped.

This infographic was created during the Ebola epidemic to explain contact tracing and its importance to controlling and preventing the disease. People identified through contact tracing were monitored for 21 days after their last contacts with people with Ebola—21 days is the amount of time for symptoms of a new Ebola infection to appear. 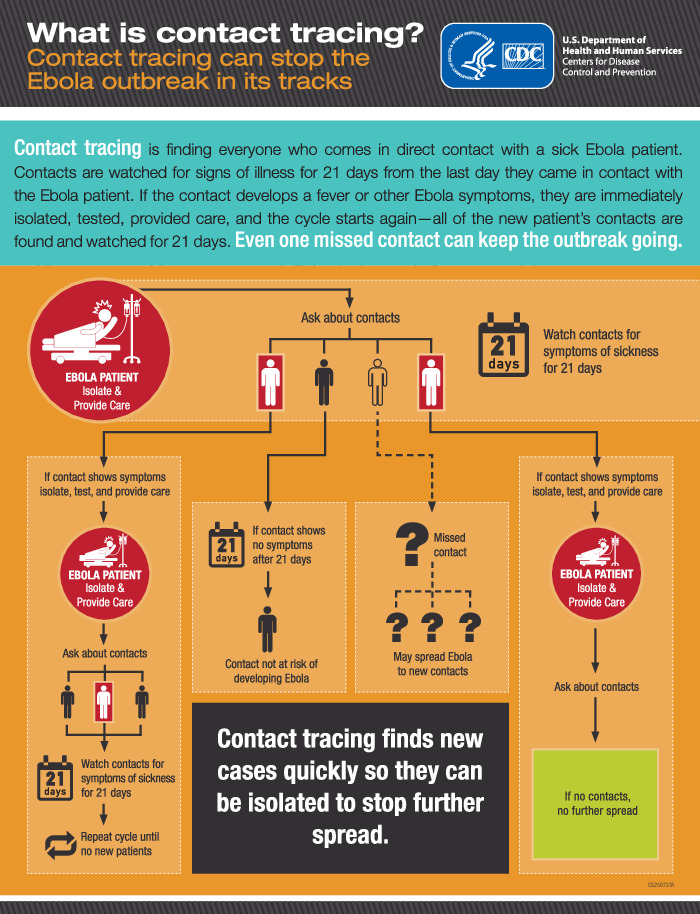 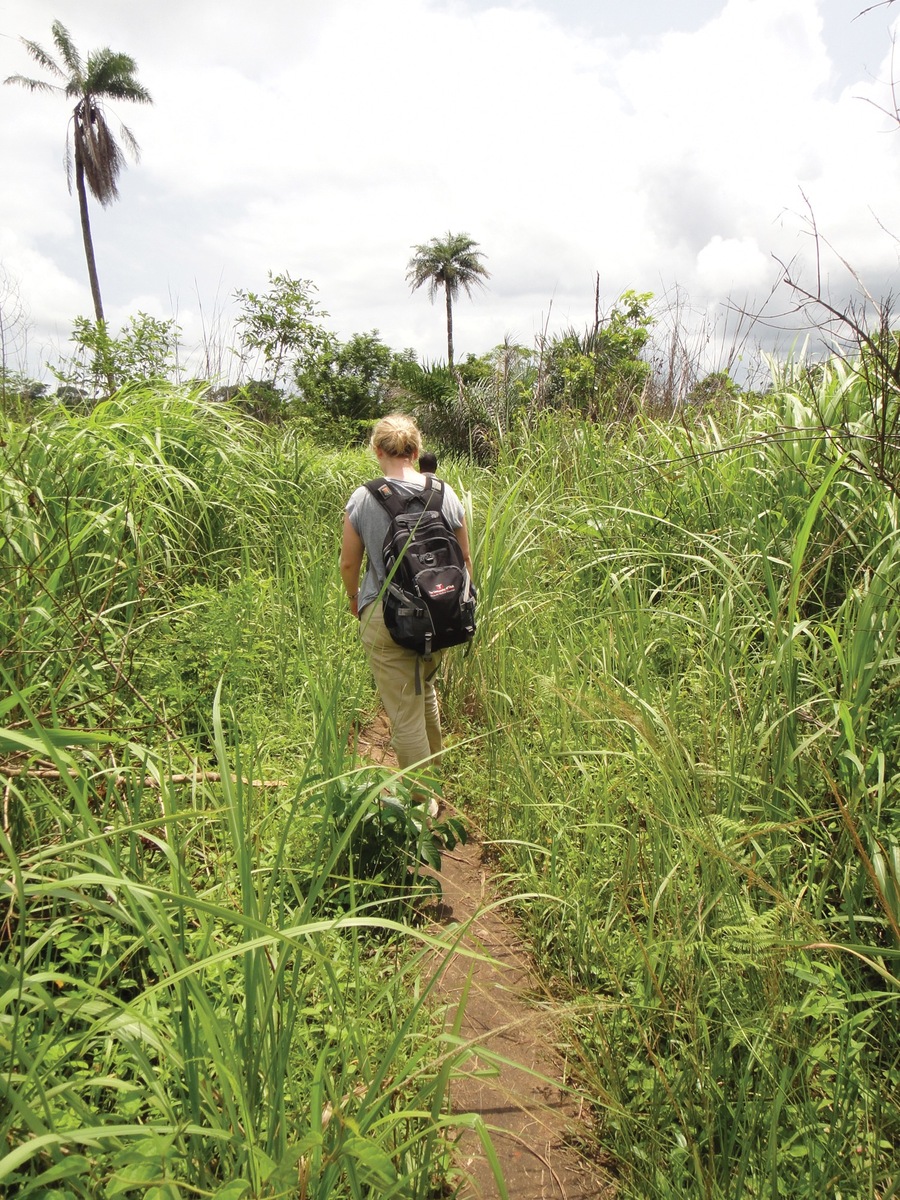 Kari Yacisin, CDC responder, heading to a remote village in Guinea to complete a day of contact tracing with her team.

On paper, case-finding and contact tracing—the identification and locating of individuals with direct contact to persons with the disease—are very methodical disciplines. In reality, they are complicated tasks requiring a multidisciplinary approach, particularly in the case of the Ebola epidemic. Epidemiologists, clinicians, geographers, laboratorians, behavioral scientists, social mobilizers, logistics managers, community leaders, and anthropologists are among those who participated.

Numerous challenges to case-finding and contact tracing persisted throughout the epidemic: the spread of the disease in both rural and urban areas, distrust of government and outsiders, delays in seeking treatment and inadequate treatment centers, cultural beliefs, fear and stigma.

These contact tracing notes written on a manila folder by CDC epidemiologist Monica Dea working in Liberia in August 2014. These notes document many of the challenges responders faced in their efforts to control the spread of Ebola, including secret burials, treatment by traditional healers unfamiliar with Ebola, and travel between rural and urban areas. 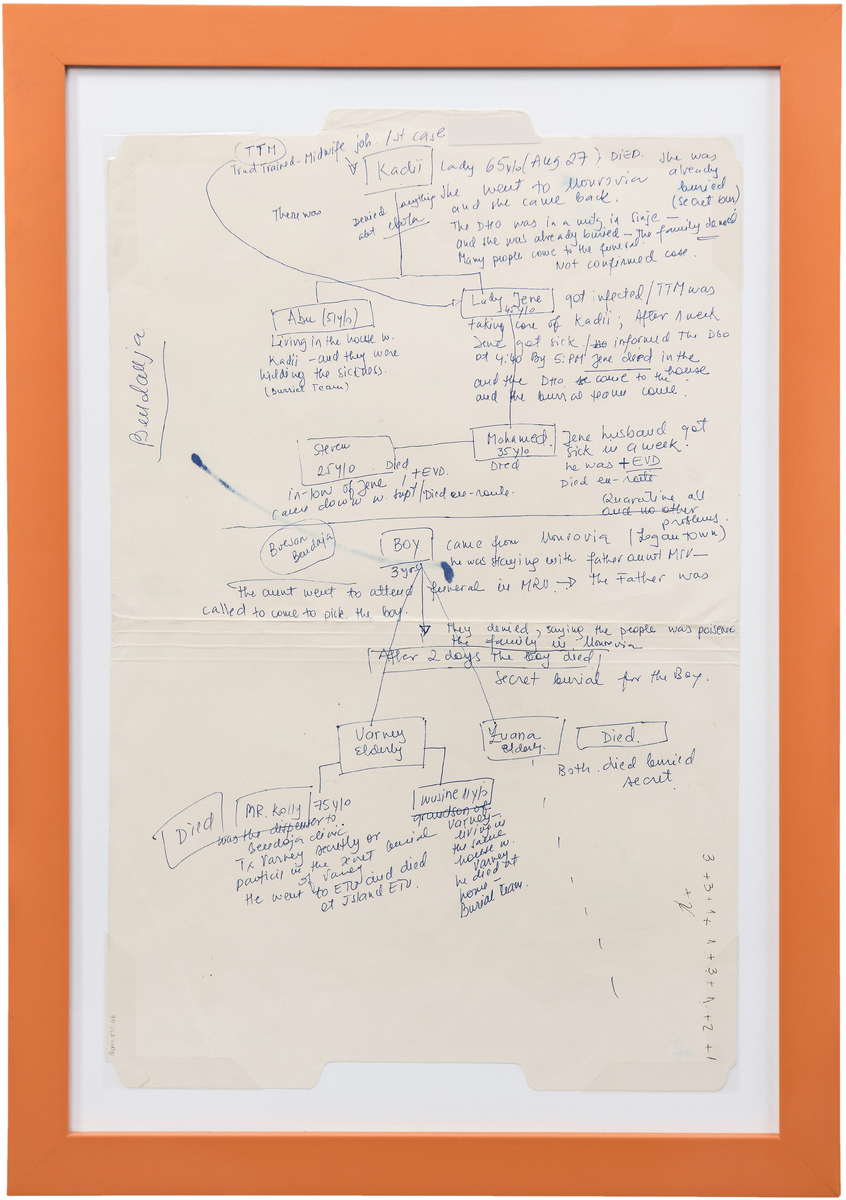 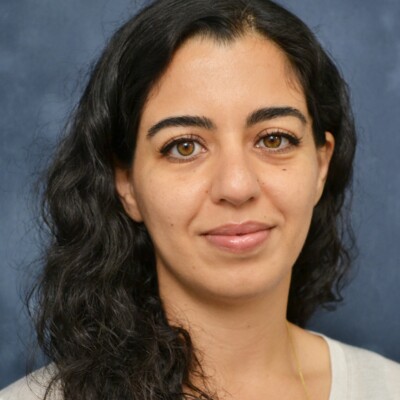 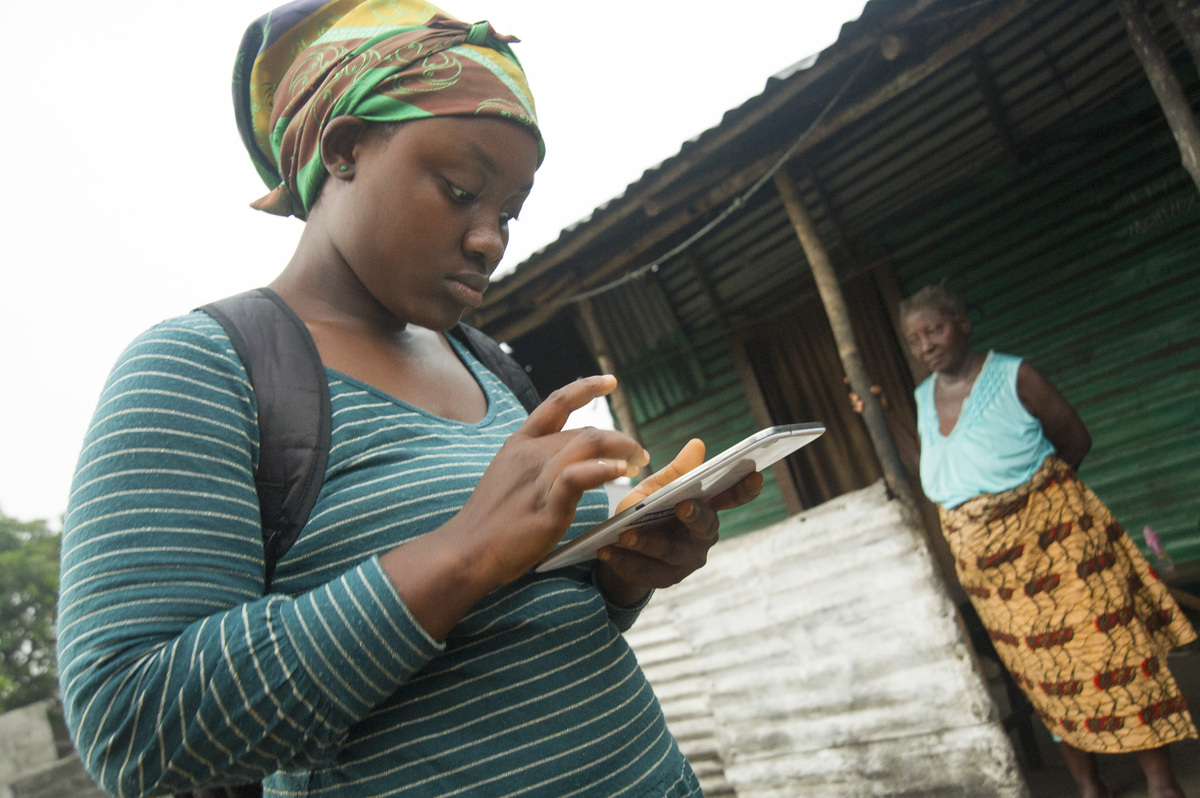 Photograph by David Snyder, courtesy of the CDC Foundation

Over 8,000 people were recruited as contact tracers in the three highly-impacted countries at the peak of the epidemic. Many were recruited from their own communities.

Here in Monrovia, Liberia, a contact tracer uses a tablet to track people who had come into contact with an Ebola patient. Twice a day, she checks each contact for symptoms. The data she entered in the device was efficiently transferred to central data management systems. The tablet was provided by the CDC Foundation.