Fear and Rumors in the U.S. 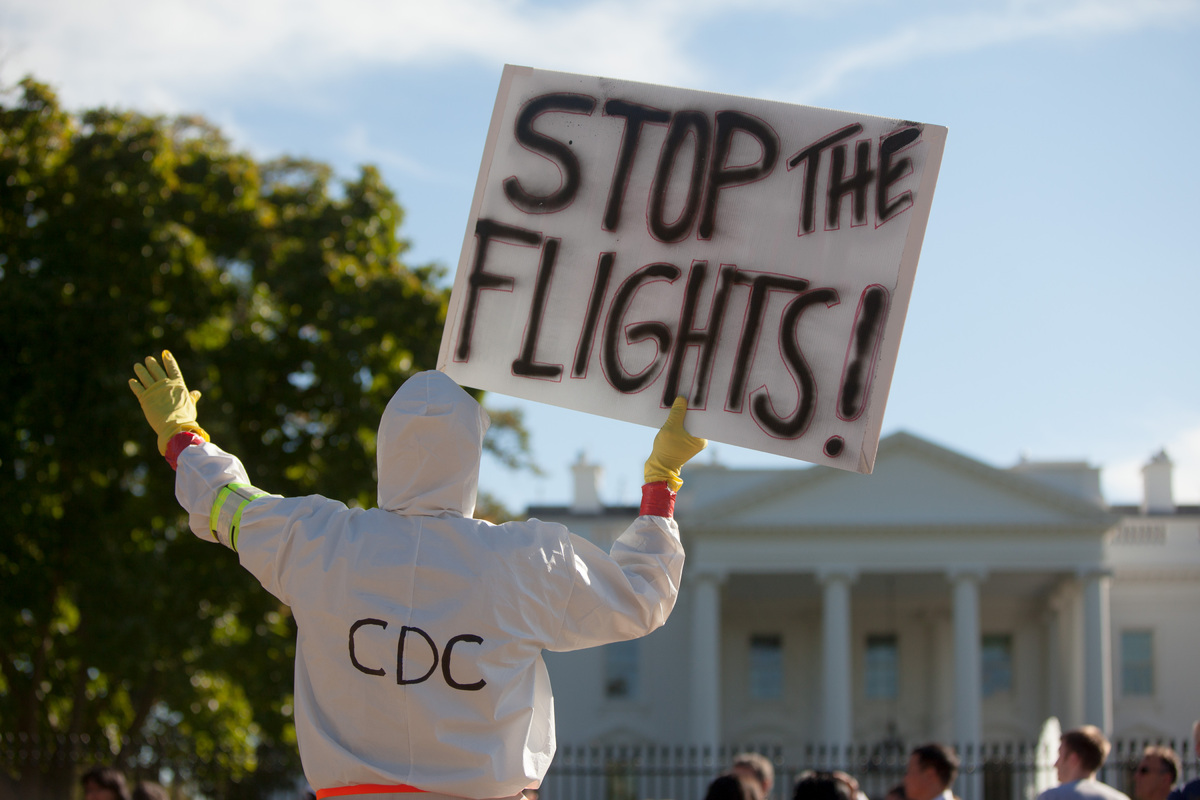 Here a protestor wearing a hazmat suit with “CDC” hand drawn on the back stands in front of The White House on October 17, 2014, demanding that flights from West Africa to the U.S. be banned. Photograph by Allison Shelley, Getty Images

The death of the Liberian patient in Dallas, followed by the infection of the two nurses, resulted in a media storm that stoked fear, rumors, and panic. A Washington Post-ABC News poll published on October 14, 2014, noted that two-thirds of Americans were worried about a possible widespread Ebola epidemic in the U.S., despite assurances from public health officials that the country’s modern healthcare and disease surveillance systems would prevent the type of outbreak occurring in West Africa.

Facing one of their greatest challenges, CDC risk communicators responded to misinformation by repeating what we know and what we don’t know about Ebola. This included assuring the public that the disease is not airborne, and highly unlikely to become airborne, and that a person is only infectious when he or she is exhibiting the symptoms of Ebola, such as fever.

The national poll also suggested that 2/3 of the American public supported travel restrictions on people entering the U.S. from the Ebola-stricken countries. CDC, along with other federal agencies, rejected travel bans, saying such a move would make it more difficult to slow the outbreak at its source, hampering the movement of supplies and aid workers, and ultimately putting the world more at risk.

Fighting Stigma in the U.S.

Stigma—discrimination against those who may have been involved with an outbreak or against an individual or community impacted by a disease—reared its head during the height of the Ebola epidemic.  Some American responders to the Ebola epidemic, including CDC staff who were deployed to West Africa, experienced stigmatization upon their return to the U.S. Some children of CDC deployers were asked to stay at home, away from schools, while their parents were monitored for 21 days. Communities of West Africans from Guinea, Liberia, and Sierra Leone who were living in the U.S. encountered stigma—just through association with their homelands. For example, West African-owned businesses reported drops in revenues. Furthermore, medical workers who treated Ebola patients in Atlanta, Dallas, New York, and Omaha, Nebraska, reported being stigmatized.

To assist CDC employees with stigma issues, CDC established a Deployment Risk Mitigation Unit, among other responsibilities. The agency also continued to release factual information about Ebola in an effort to shift people’s understanding of the disease. 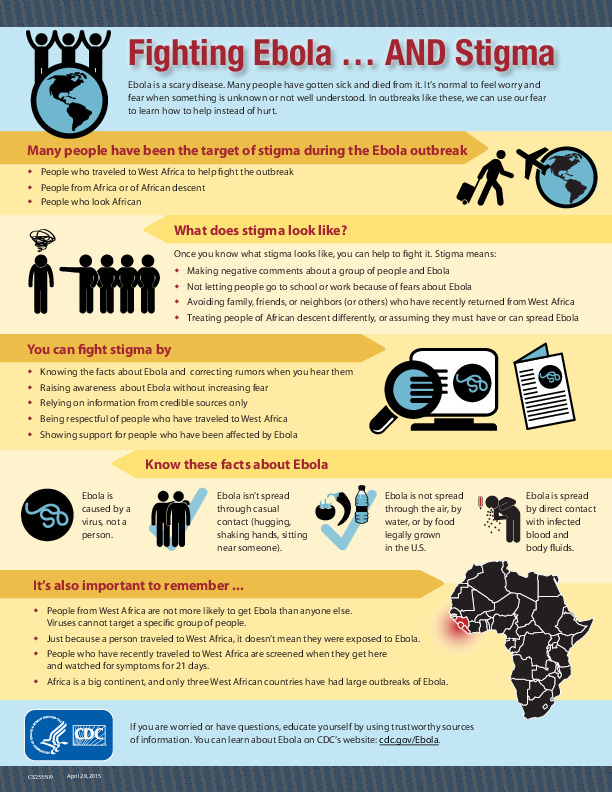 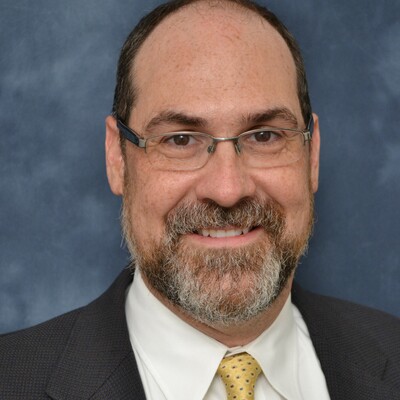 Dr. David Kuhar, team lead and deputy team lead of the group sent to Dallas, discusses some of the fear surrounding Ebola in the U.S. (Transcript)